Take steps to fend off attacks from “Petya” ransomware

Take steps to fend off attacks from “Petya” ransomware 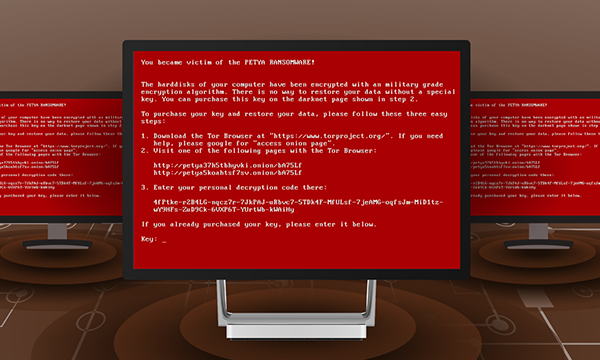 Petya ransomware began infecting individuals and organizations alike early today. Similar to WannaCry, Petya exploits a flaw in the Microsoft Windows Server Message Block (SMB) then spreads through remote code execution vulnerabilities via network port 445 before encrypting a victim’s computer files. A ransom message then explains the data will remain “locked” until a ransom is paid.

The difference today is that Petya is locking entire disks and preventing users from logging into Windows. The filesystem’s master file table (MFT) is encrypted, which means the operating system cannot locate files.

Microsoft fixed the Windows SMB vulnerability by issuing an update patch on March 14, 2017, so those who followed the advice escaped today’s attack. But no-one can afford to be complacent. The virus continues to mutate and variants will carry on wreaking havoc at an alarming rate. If your computer is infected, we suggest you do NOT pay any ransom. Even if you do, hackers might well renege on their promise to decrypt files for you.